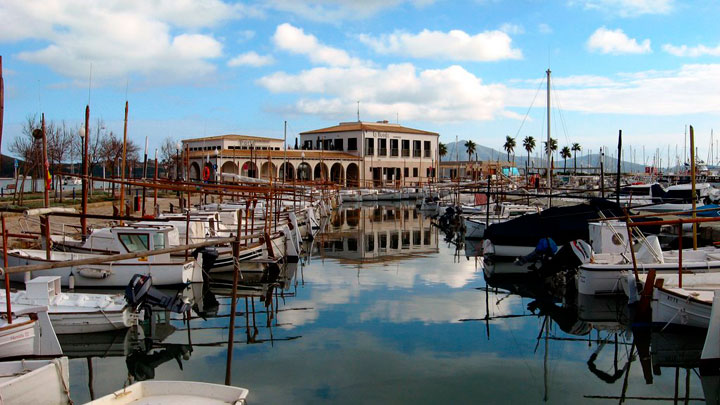 The Port of Pollensa is located in the north of the island of Mallorca, it has excellent shelter conditions, which have driven that it has been used since ancient times. By this port crossed Phoenicians, Carthaginians, Arabs and Romans. They all admired the beauty of its bay and many of them were installed on its shore. At the beginning of the twentieth century, the Port of Pollença, known as "the Moll" was formed by a small group of houses of the fishermen. The bay of Pollensa offers a long stretch of beaches and walking paths that begins in the area of Passeig Colom, it continues throughout the first line of the centre of the Moll, and reaches up to l'Albufereta, to continue delving into the neighboring municipality of Alcúdia. The port installations are located in what is known as "Port of the Fishermen" or "Moll Vell" (old port). Here we find the Lonja of fishermen, surrounded by the traditional fishing boats, the "llaüts", contrasting all this with the modern building of the Yacht Club.